As with most countries who compete in the sport of Water Ski Racing, it is definitely a minor sport amongst other that their nation competes in. It is no different in New Zealand and this county relies on the support of a small but very dedicated membership. In February 1962 the first Water Ski race was held on Lake Taupo as a endurance race around the island on the lake.

The early races in New Zealand were always 2-Up and long distance endurance races. Almost all of the boats were inboard (unlike today in New Zealand, where a large majority is outboard) and if you fell off or stopped for any other reason, you and your team were out of the race.

After the first race in Taupo, the other main regions around New Zealand caught on and the Bay of Plenty Water Ski Club started to organize and host some events. N.Z.W.S.R.A life members John and Mary Lewis were on the executive of the Bay Of Plenty Water Ski Club at the time and would be considered some of the founders of our sport in this country.

When the sport originated competitors used to build their own home built boats, skis and engines compared to today where they majority is imported from Australia and USA. Overseas influences and a touch of kiwi ingenuity gave the basis to what Ski Racing in New Zealand is today.

The growth of Ski Racing in New Zealand has relied on events like the Hamilton Bridge to Bridge which will have its 33rd running in December 2016 and the coaching school which is normally held every year in the 1st week of January.

New Zealand competes internationally very rarely compared to other countries in the world of Ski Racing. As a nation we have taken part in 14 of the 19 World Championships to date with teams ranging from one team consisting of a skier, observer and driver to the 13 teams competing at the 2015 World Water Ski Racing Championships we are hosting. Our largest team to travel overseas was the eight skiers who competed in Sydney, Australia in 1997. This was our first taste of medal success with three bronzes obtained by junior skiers.

In 2001, junior girl, Kristy Sloane travelled to Las Vegas, USA as a single representative of New Zealand and managed to become the first person from her county to win a world championship race and also went on to become Junior Female World Champion for that year. A huge accomplishment for such a small nation.

Our 13 strong squad faced the world in 2015 in Wellington, which was our 2nd chance to host the world champs after the 2007 Worlds that were held in Rotorua & Taupo. This was our strongest and most competitive and definitely represented New Zealand with a lot of pride and dedication. THe 2015 Worlds was the first time a NZ skier had won an open class race when Adelaide Cox won the opening race of the event. She went on to come 2nd in the world – a massive achievement.

Written by Brad Dutton with help from Mary Lewis 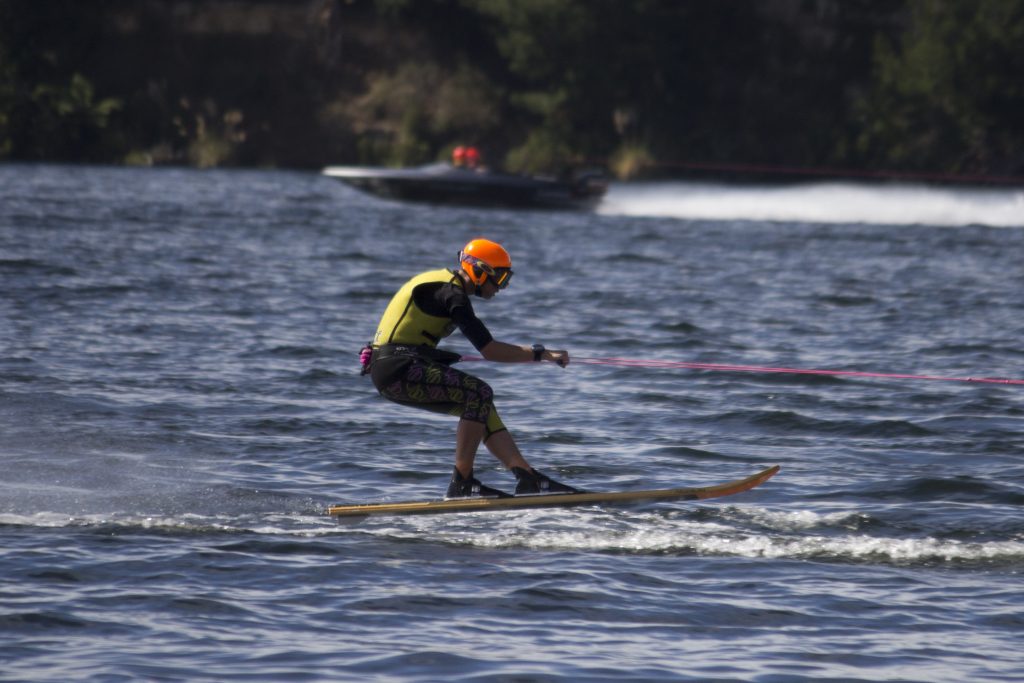